Telia is a company that most people recognize and is a carrier that is used extensively in Sweden. Of course, for those companies that want Telia as a carrier, we can supply this together with Dstny's cloud PBX.

Dstny’s PBX is completely carrier independent and therefore works just as well with whatever carrier you choose. If you want Telia as a carrier, we are happy to help you with this. If you want to compare what it could cost with our exchange together with different carriers, you can do so in our price indicator. 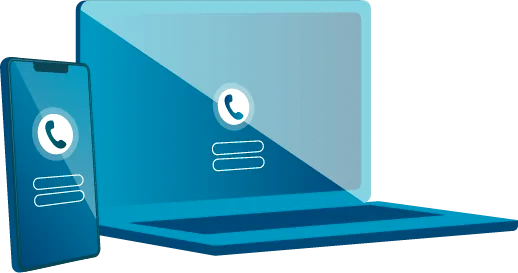 Telia is a company that most people recognize. They offer many different solutions for both individuals and companies. Telia can deliver mobile phones, meeting services, digital tools, telephony, broadband and exchange service for your company. They have solutions for you whether you have a small, medium or large business.

Telia’s services help you as an entrepreneur to communicate in an efficient, simple and environmentally friendly way. They were the first in the world to launch 4G now making all their corporate subscriptions 5G-ready.

Telia can offer several different types of subscriptions for companies. Different people have different needs when it comes to surf volume and call minutes, and Telia has company subscriptions to cover these different needs. Choose from everything from variable price plan subscriptions, 15 GB, 40 GB to unlimited surf. If you choose a subscription that goes by the collective name Telia Jobbmobil, various Office apps are also included in the surf, that is, you can use these apps without affecting your amount of surf. Their subscription is 5G-ready and you get a nationwide coverage of the highest quality in Sweden. 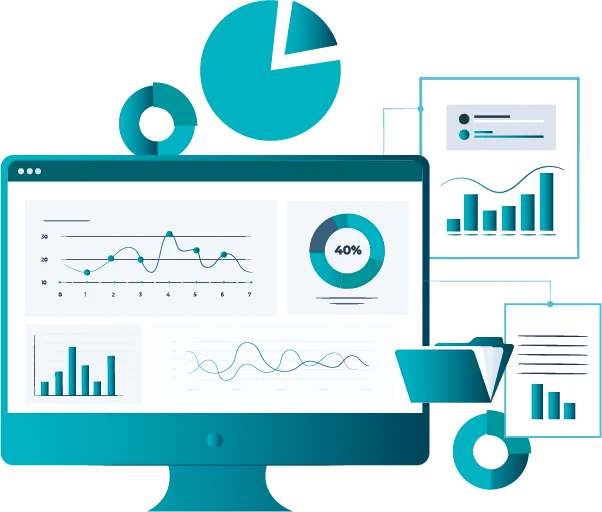 Telia has developed various smart solutions for different industries. In the banking and finance industry, there is the opportunity for digitized banking meetings, which makes it possible for banks to create a positive customer experience. For the real estate industry, digitalisation can provide savings in construction projects and can also quickly offer connection to new tenants in new constructions.

Telia companies also have solutions for other sectors such as healthcare where you can provide better quality of care and better communication between care and patient. In trade, you are also met there by the technical generation of people. E-commerce continues to grow and you have to meet the needs of customers, which Telia makes possible.

Extensive digitization of companies in various sectors thus provides a safer and more efficient environment to work in. Workplaces will be better for both staff and customers. Security and accessibility are important keywords and there are smart solutions regardless of what needs you have as an entrepreneur.

About Telia's company subscription and other services

Telia is Sweden’s oldest and largest telecommunications provider. The company has existed since 1853, when it was founded as a government agency and authority. Over the years, Telia has changed its name a number of times. At the start they were called Kongl. Elektrriska Telegraf-Werket and later switched to Televerket. Today, the company’s name is Telia Sverige AB.

For many years, Telia had a monopoly on the telecommunications network in Sweden. It was not a statutory monopoly, but for a long time there were simply no other players in the market that could compete with Telia. During the 1980s, several other players began to appear on the market and Telia was soon not alone in the market.

Today, Telia is still one of the most popular and popular companies in telephony and broadband. They have a large and well-developed network throughout Sweden. Today, they have about 6,000 employees working for Telia.

What does a company subscription with Telia as operator cost?

Telia has many different arrangements for corporate subscriptions. We at Dstny can help you with everything from variable price plans to fixed price plans with predetermined surfing. Telia Jobbmobil 15GB, 40GB and Unlimited surf are three popular forms of subscription. The prices we can offer you and your company depend on how many users you are, and what your needs are regarding surf and call minutes.

Can you mix Telia SIM cards with other operators in the same exchange?

Yes, within Dstny’s exchange you can mix operators, within the same exchange system. Something that is extra good if you have staff with different needs around coverage and surfing.

We have Telia company subscription with a lock-in period, can we still change company exchange?

Yes, we can help you change company exchange service, even if you still have a lock-in period on your subscriptions. Then we move your numbers into our exchange system and you can then continue to place calls as usual. Want to know more about how such a move would work? Call us on +4610-410 51 95 and we will help you further.